There is no such thing as a flat wall in a van build. Most vehicles have stamped panelling that tapers, curves and kinks, making it difficult to design furniture and systems to fit. Also, the thin sheet metal makes it difficult to affix wall treatment and fixtures. 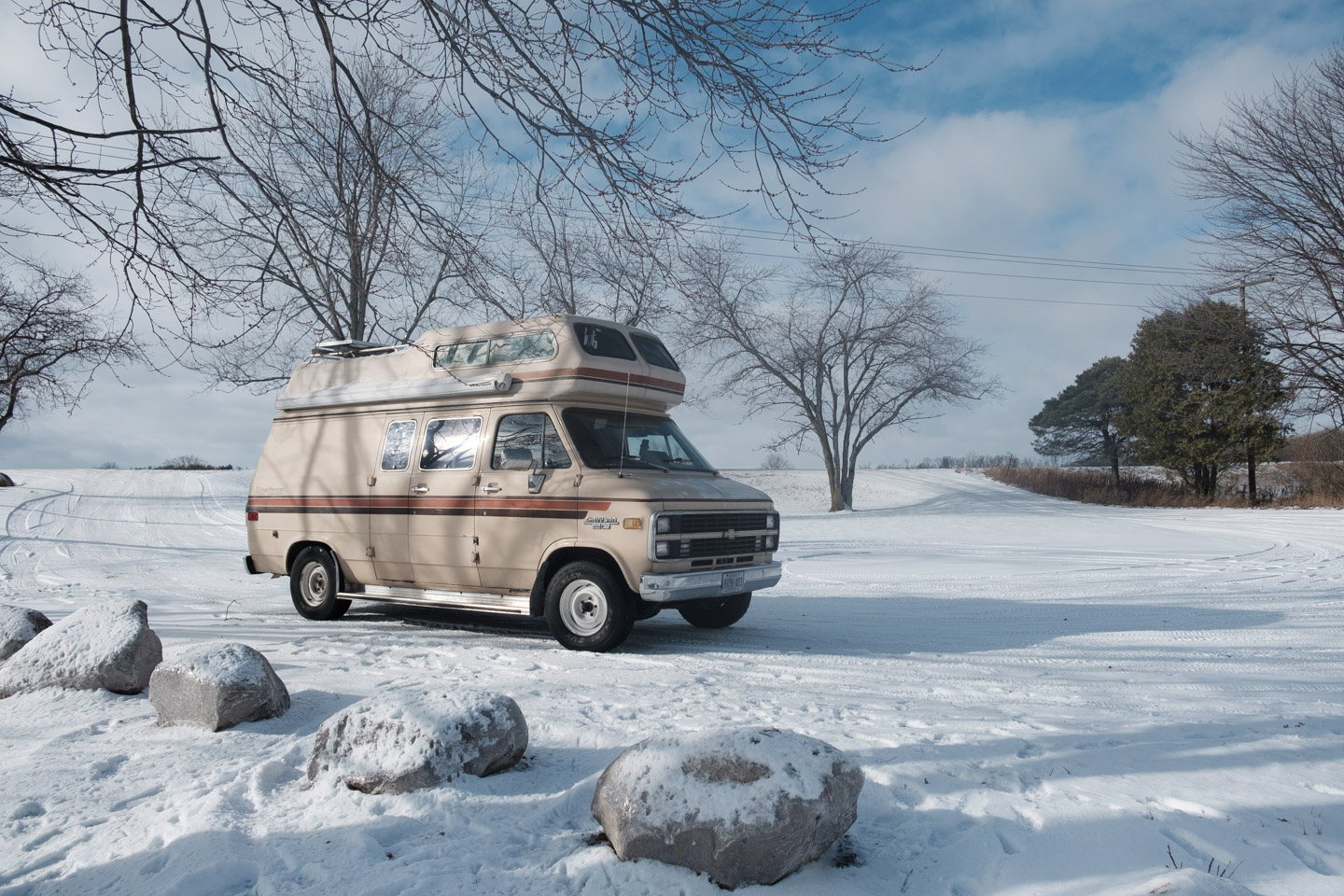 how to commute by bike in a toronto winter 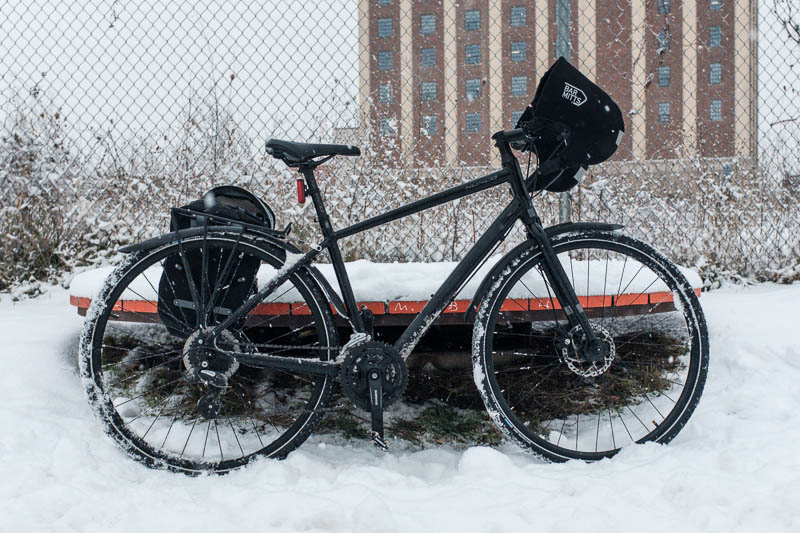 While I don’t mind the TTC, I have always preferred my bike, maybe most in the winter. Bundled in a parka on a packed, stuffy streetcar is no fun and on stormy days delays can make my commute almost 90 minutes. By bike it’s about 30 minutes all year round.

But without the proper equipment it can be miserable. I’ve tried a lot of different bikes, clothing and accessories over the years for usually what amounts to ~10 months of riding a year. This year I’ve refined it to a setup that works for me 365 days a year.

A cricket in the McDonald’s parking lot told me to listen to American Water for the rest of the drive. I’ve been listening to it almost weekly this year for some reason.

My parents live in the country and there’s an impossibly long, straight and featureless road on the route where time stretches out and becomes liquid. It’s as long or as short as your wits, forcing you through the same motions every time. “Are we there yet?” With a conversation it speeds by, but in the dark, with Jen and the dog asleep, it was just me and DB.

Last night it was as long as American Water. A half moon to the south the colour of yogurt darts behind clouds pushed jarringly fast by what’s left of the days August winds. Reflectors on the taillights of sleeping pickup trucks whip by, the outline of a barn, a fluorescent chicken farm during the last feed of the day.

Malkmus doesn’t get enough credit as a guitar player. He dove into a trove of unseen pickin’ licks, contorted by his years of scrawny, velcro playing in Pavement. Sometimes its a staccato yellow center line, sometimes it’s a smooth white, keeping you from the gravel shoulder and the ditch beyond.

In the night you can’t trust your vision on this road. Your brights seem to make it worse. You just grip and stay between the guitar lines.

DB combined a set of tools like nobody else: he was a keen observer and empath, maybe better than anyone. Even when sneering—attacking the mundane evil of America—he was never smug. He never wrote a “Southern Man”. He always seemed to have lived it, or at very least absorbed his observations enough so he could project them through a lens of empathy.

Headlights from miles behind you still shine into the rear view. Sometimes they seem closer, tailgating you in the mist, bouncing around the road. And then they recede to a single point but never turn or fade.

Water is the one I know the best. It was the first one I heard and I’ve listened to it more times than all the others combined. That’s okay, because there’s a lifetime of lessons in its songs. It’s the funniest and most fun, a document of some levity that obviously left his life.

Eventually you cross a county line, the speed limit becomes 90 clicks and you can open it up.

The best Google service is Google Photos. Despite one’s usage probably providing material to train Google’s machine learning corpus that will eventually enslave us all, having a canny search function for your unorganized archive of digital photos is worth it. Type in “dog” and you get all the photos of your dog.

My problem is it doesn’t support raw files from Fuji cameras, of which I have a few. In the future I can solve this problem by shooting in RAW+JPEG, which stores a .jpg file processed with the camera’s colour profiles that the Google sync app can pick up and put on Google Photos.

But what do I do with my years-long archive? I tried a few different batch image converters but none of them retained the Fuji film simulations, or adjustments I had done in Lightroom. I also couldn’t find a way to filter my photos in Lightroom for the images that lacked a corresponding .jpg file and convert them that way.

Enter raw2jpg, a script (Mac only) I wrote for bulk converting raw files that is RAW+JPEG aware and applies adjustments made to the image in Lightroom or Photoshop. To use it, install Homebrew and run:

Then you can run it on a directory of RAW files.

building a better sonos with free software and cheap hardware

When I first heard about Sonos I was impressed. Completely synchronized music playing in every room is something I’ve always wanted, but the price seemed ridiculous, especially if you like the speakers you already own. Most of their products have a speaker integrated into them, forcing you to ditch any Hi-Fi equipment you might already own. Also I like keeping my own library of digital music and Sonos steers users towards using streaming services.1

For a while I was convinced there wasn’t a good open-source solution that could rival Sonos, but then I started playing with forked-daapd. It’s like iTunes but better. It scans your music library and allows you to stream it to Airplay receivers around the house. It also accepts audio via pipe so you can hook it up to receive audio from other sources and send it to your speakers.

Here’s my futile act of resistance against posting screenshots of algorithmically generated “Your Top Songs 2018” playlists.

This album broke my brain during a late night subway ride. It sounds like the city more than any: the predictable randomness of machinery; the steel scrapes of the train bouncing through the tunnel; the steady, ethereal drone of electricity; a beeping that you can’t place. Two men board a nearly empty subway car, sit on opposite sides and start chirping each other like only old friends can. 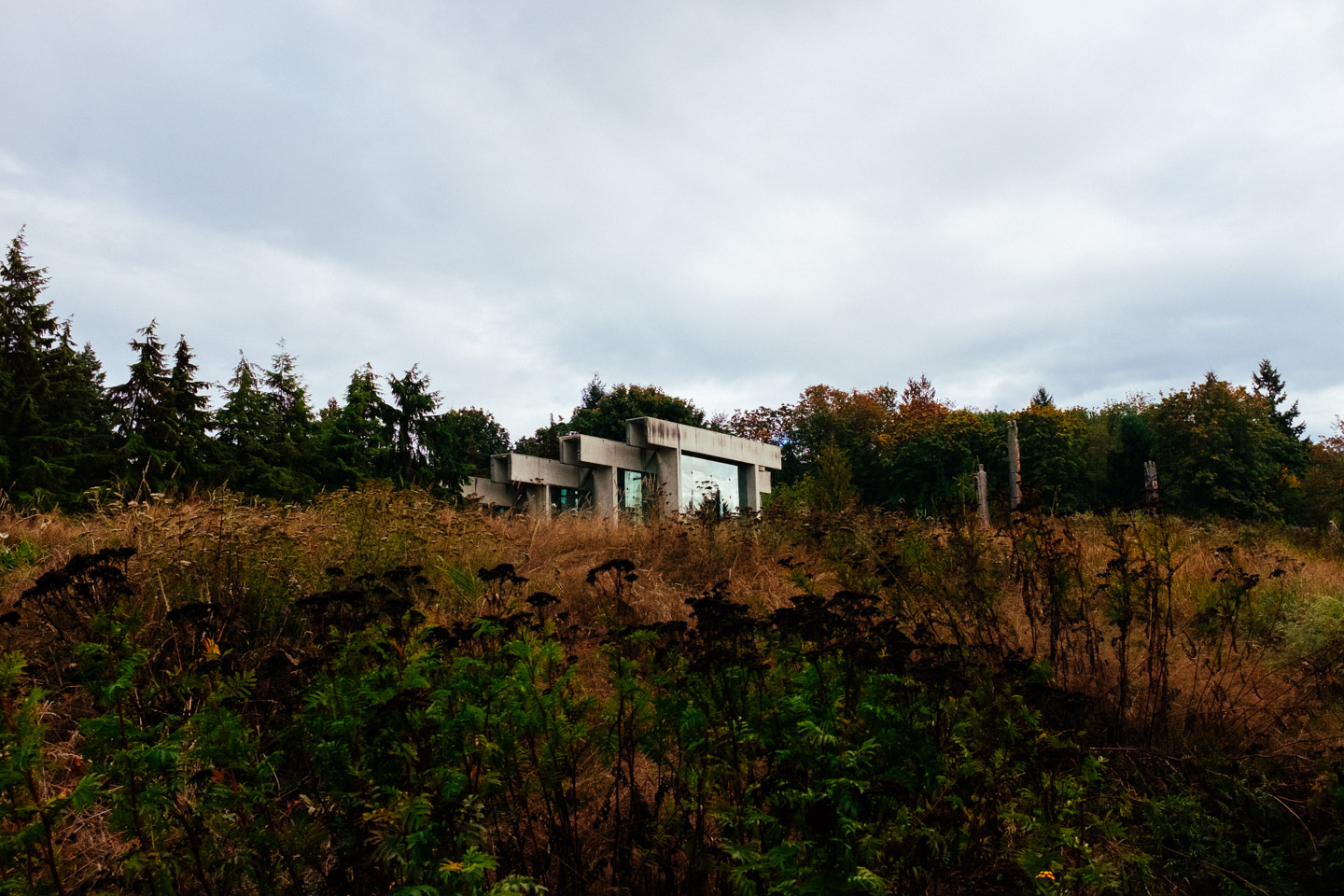 I can’t stop watching these videos. They illustrate the present era of participatory media better than anything else I’ve seen; how social media encourages us to make an event out of everything. They are America’s last grasps at two absolutes it has relied on: gender rigidity and the internal combustion engine.