But if you move there you become one of these people. So, in Toronto we drive north, braving cottage country traffic, to Algonquin and Killarney Provincial Parks to get into the wilderness and as close as we can to elevation.

Killarney Provincial Park owes its creation to the artists who painted it in the late 19th and early 20th centuries. A.Y. Jackson, a member of the Group of Seven, lobbied the premiere of Ontario to save Trout Lake from logging. The government protected the lake in 1932 and it later became O.S.A. Lake in tribute to the Ontario Society of Artists. Jackson co-founded the society and it was instrumental in forming the Art Gallery of Ontario and the Ontario College of Art. 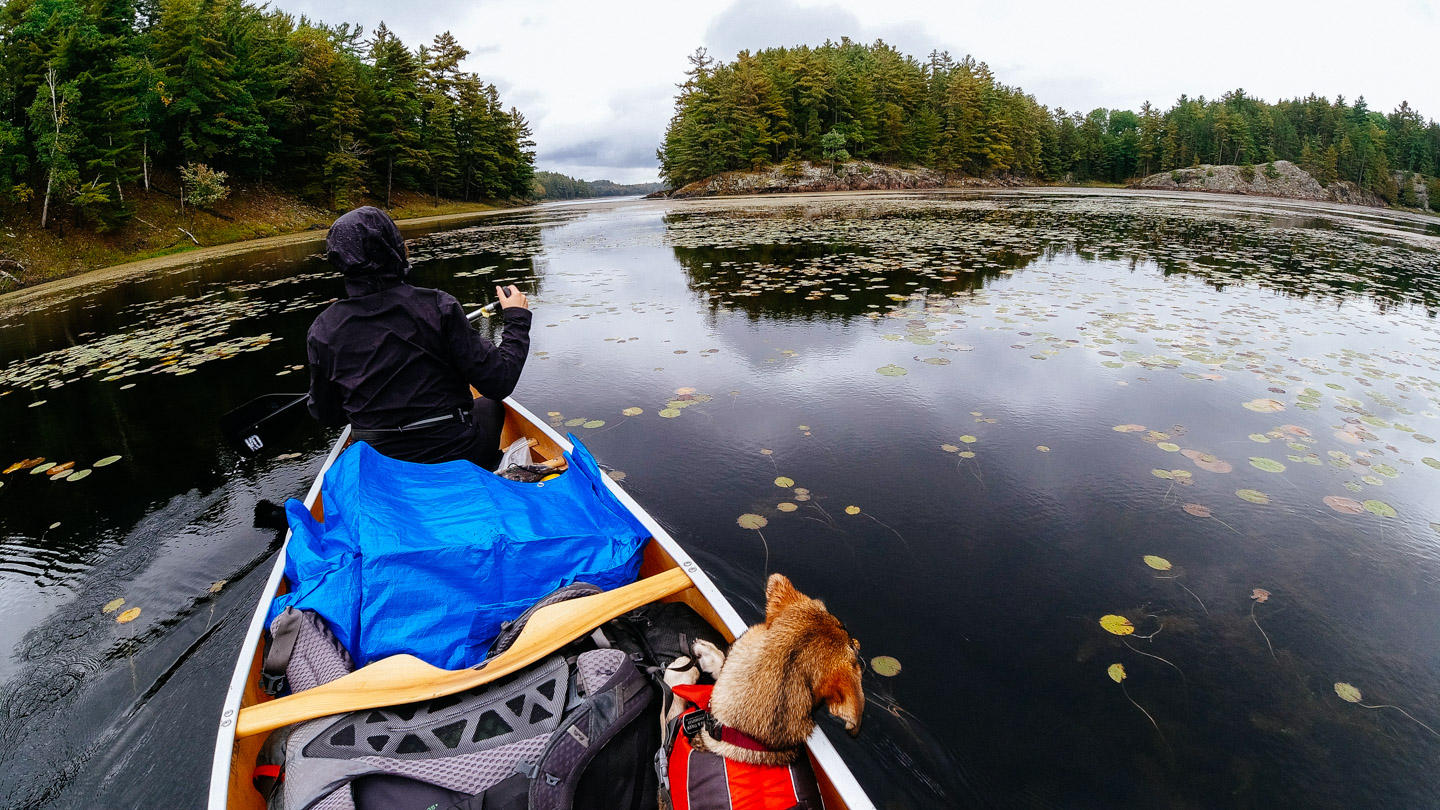 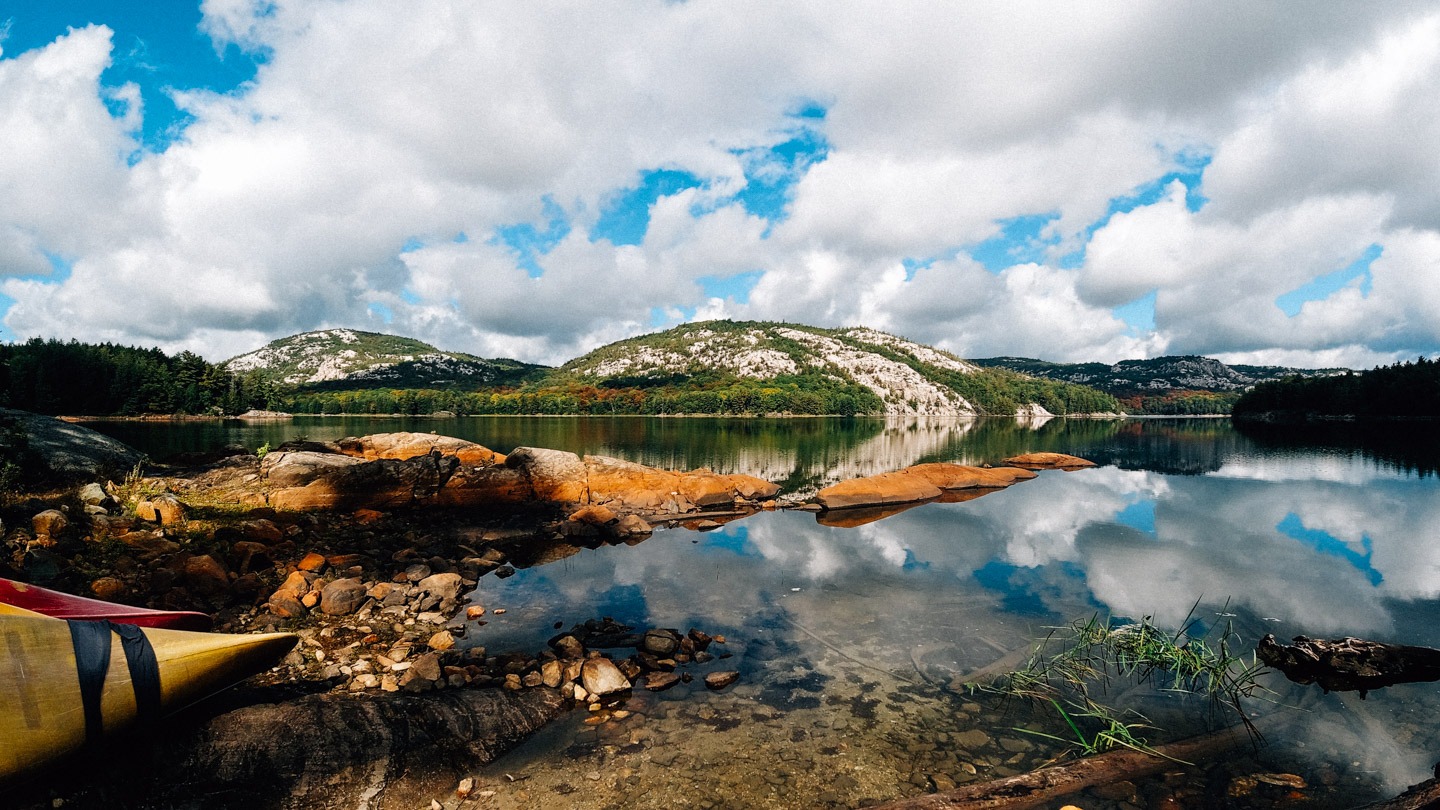 As soon as you reach the beach at George Lake Campground you can understand Jackson’s drive to preserve these lakes. The white quartzite hills poke like sharks from the pines in every direction. Dark blue water ringed by the warm pink granite rock faces. Late September sprinkled red and orange around the peaks.

These hills are the La Cloche Mountains, once taller than the Rockies, scraped off by the glacial ice sheets that formed Ontario’s landscape. The quartzite is luminous, reflecting the sun in dazzling ways throughout the day.

O.S.A. Lake is accessible with a few hours of paddling through three lakes and some small portages, but carrying the gear for a five night stay can make it grueling all the same. We don’t pack light—it’s a vacation. 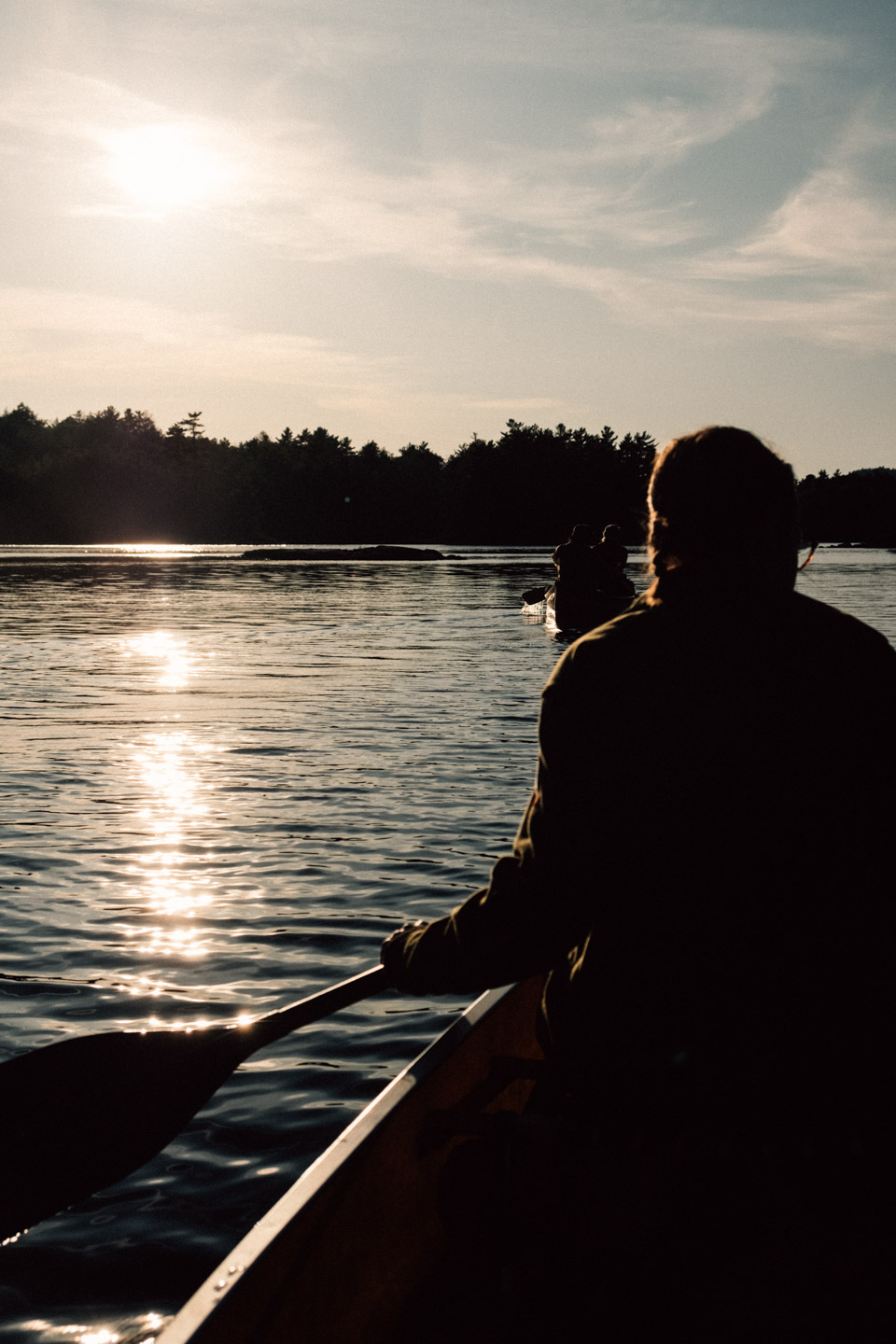 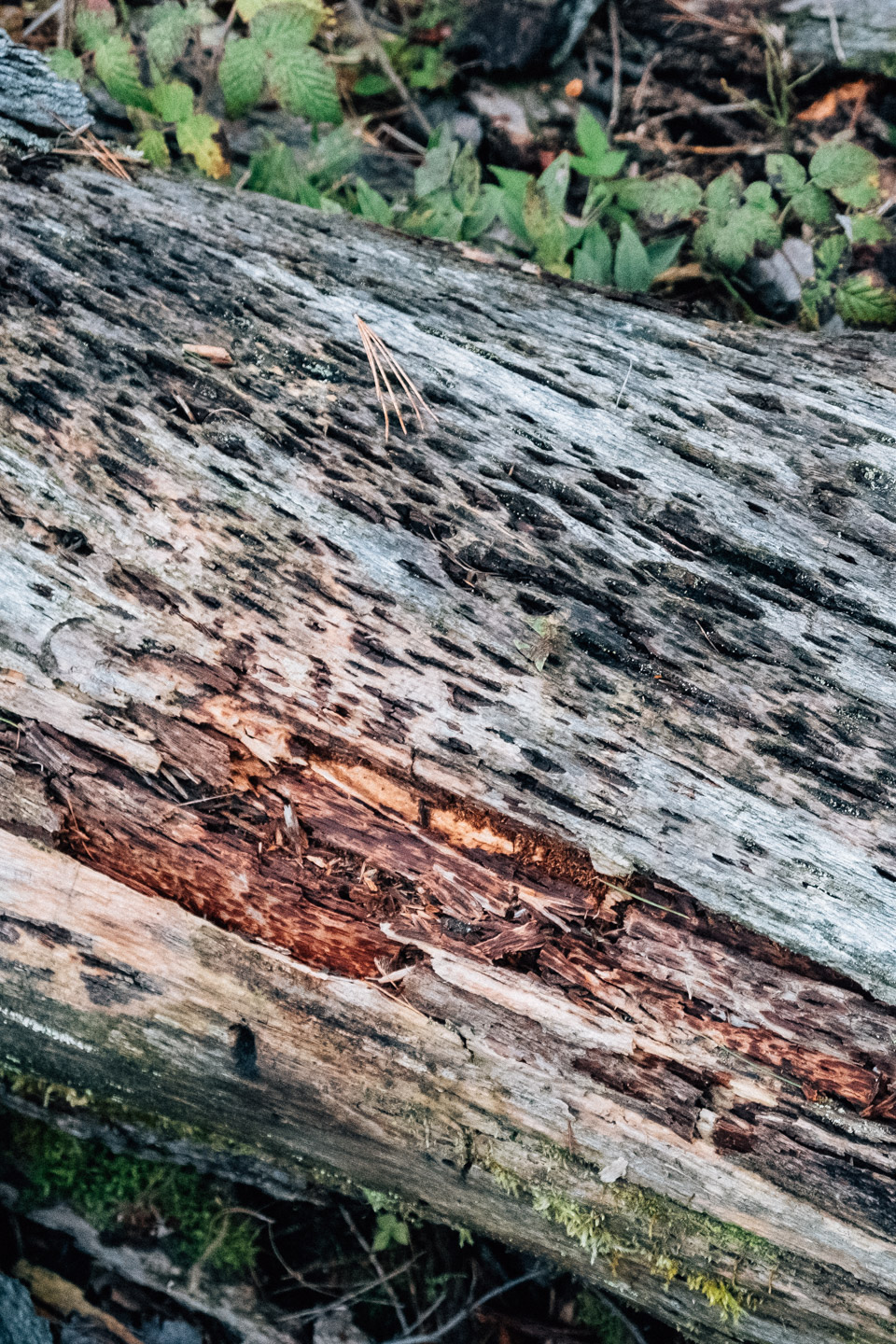 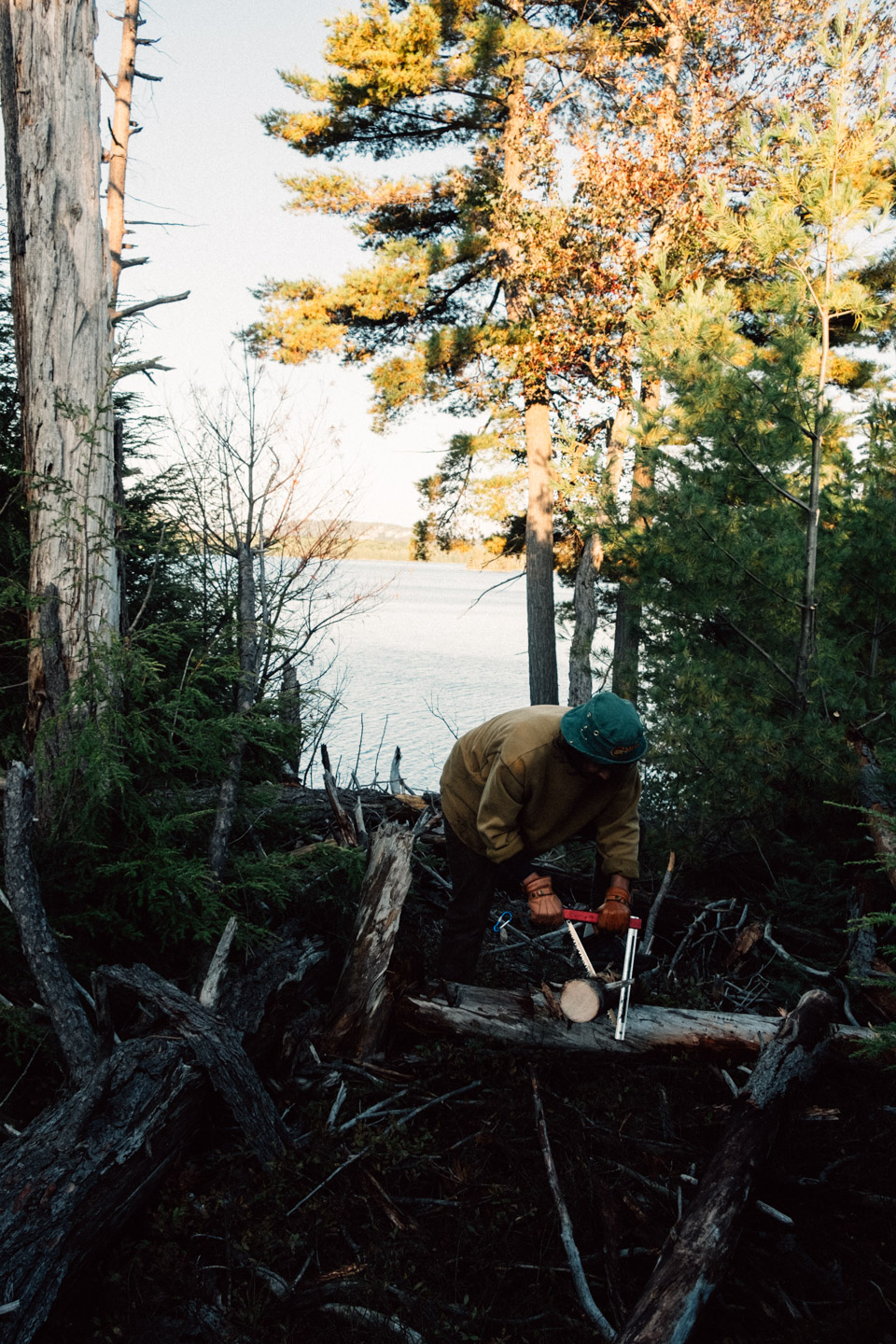 Upon reaching the lake most of the five campsites on the late were already occupied, but our island site ended up being a great choice, with panoramic views of the lake. It let us unleash our dogs without having to worry about them running off.

That day was beautiful as we hung our tarps and set off later in the canoes to find firewood on a smaller island nearby. One downside to an island campsite is they are picked clear of good fuel wood this late in the season. We knew we were in for rain on at least two of our days, so tarps and a big fire were essential. 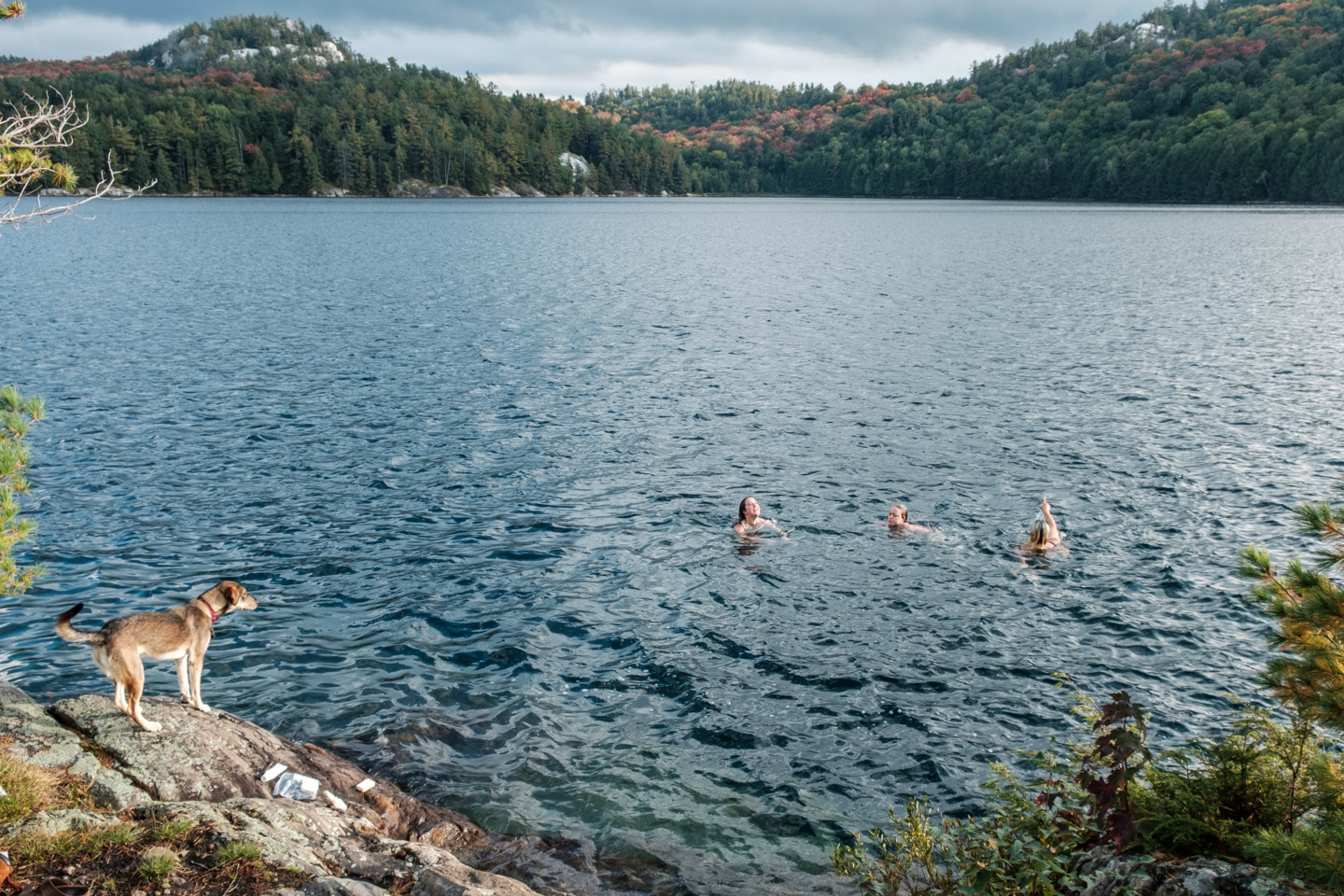 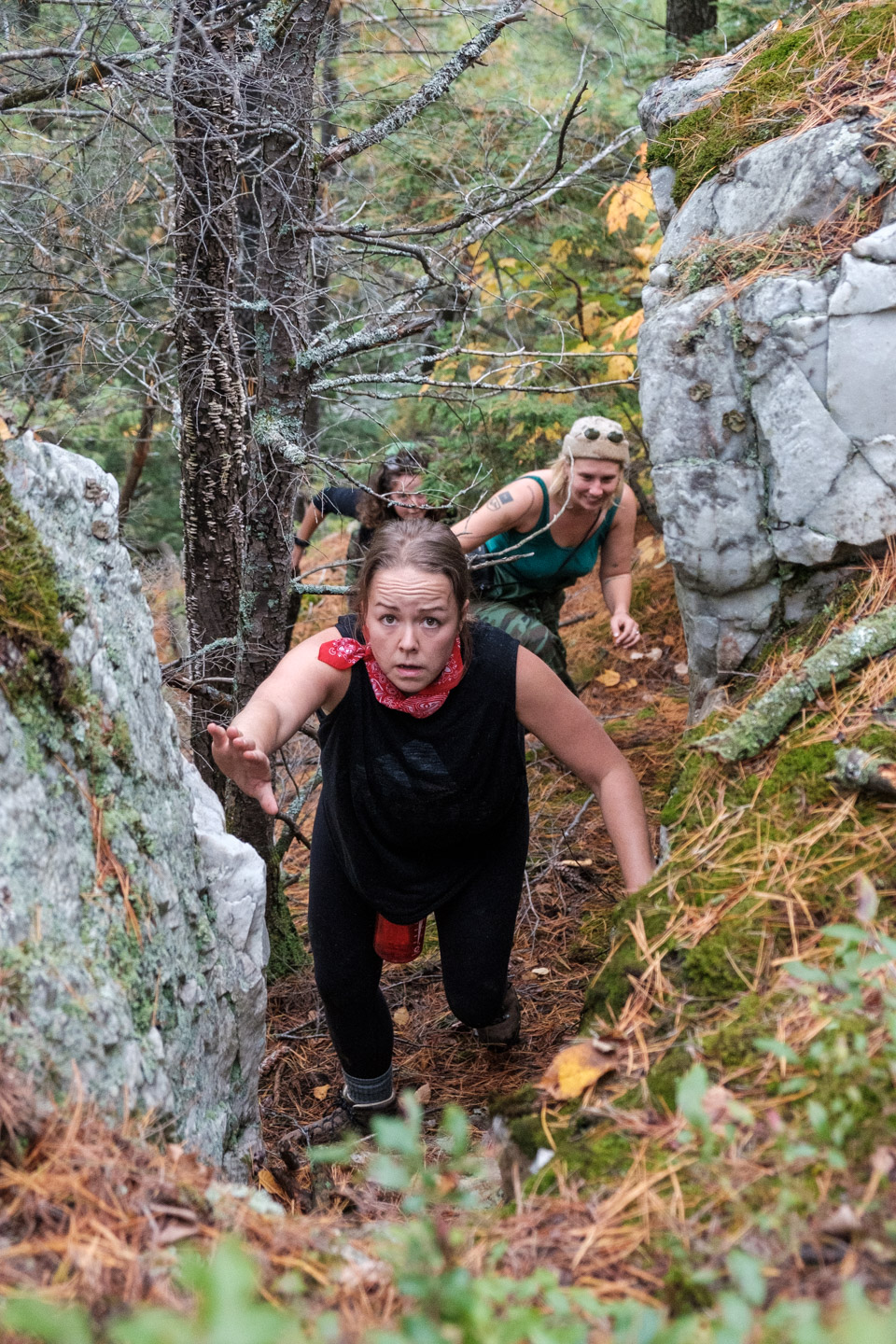 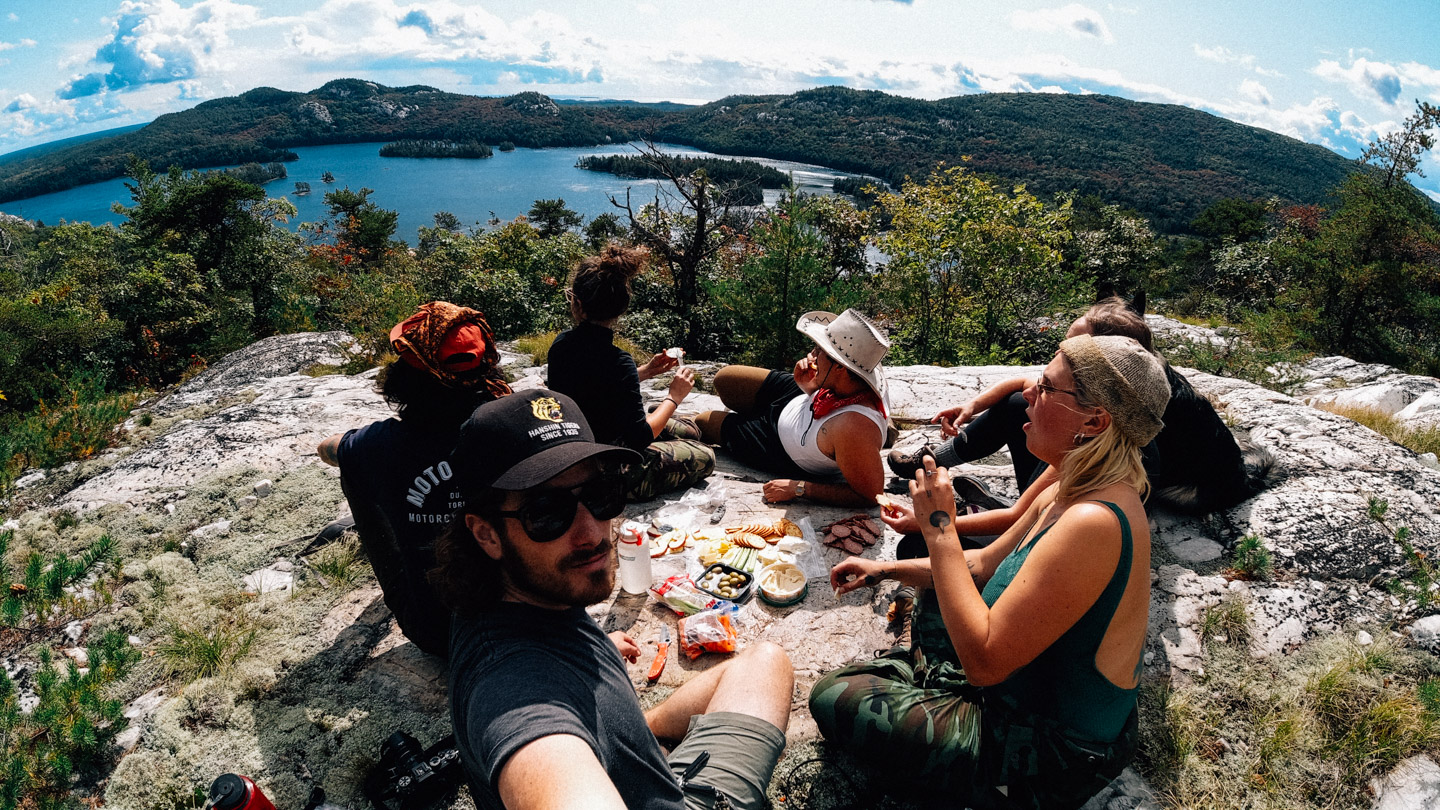 On our fourth day the weather was clear so we climbed a hill to the north. We landed our canoes just east of the campsite on the north shore and headed northeast up the quartz. We were able to follow a stream to avoid the steepest cliffs, working our way around to the far side of the mountain where the grade is more even.

The peak gave us priceless views looking out through the other mountains of Killarney and through to Georgian Bay.

But if you get up early and have your camera ready you can capture some magic. 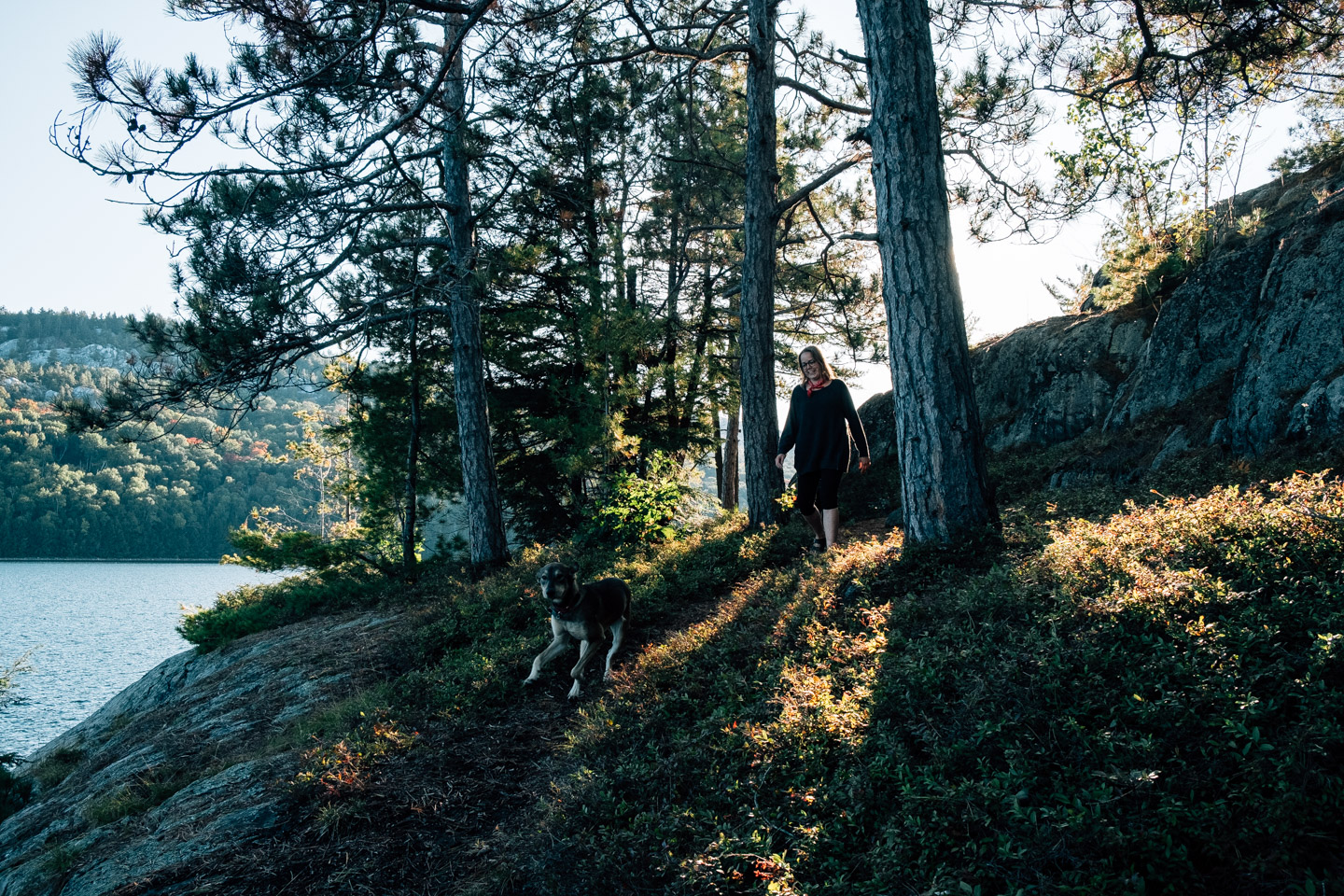 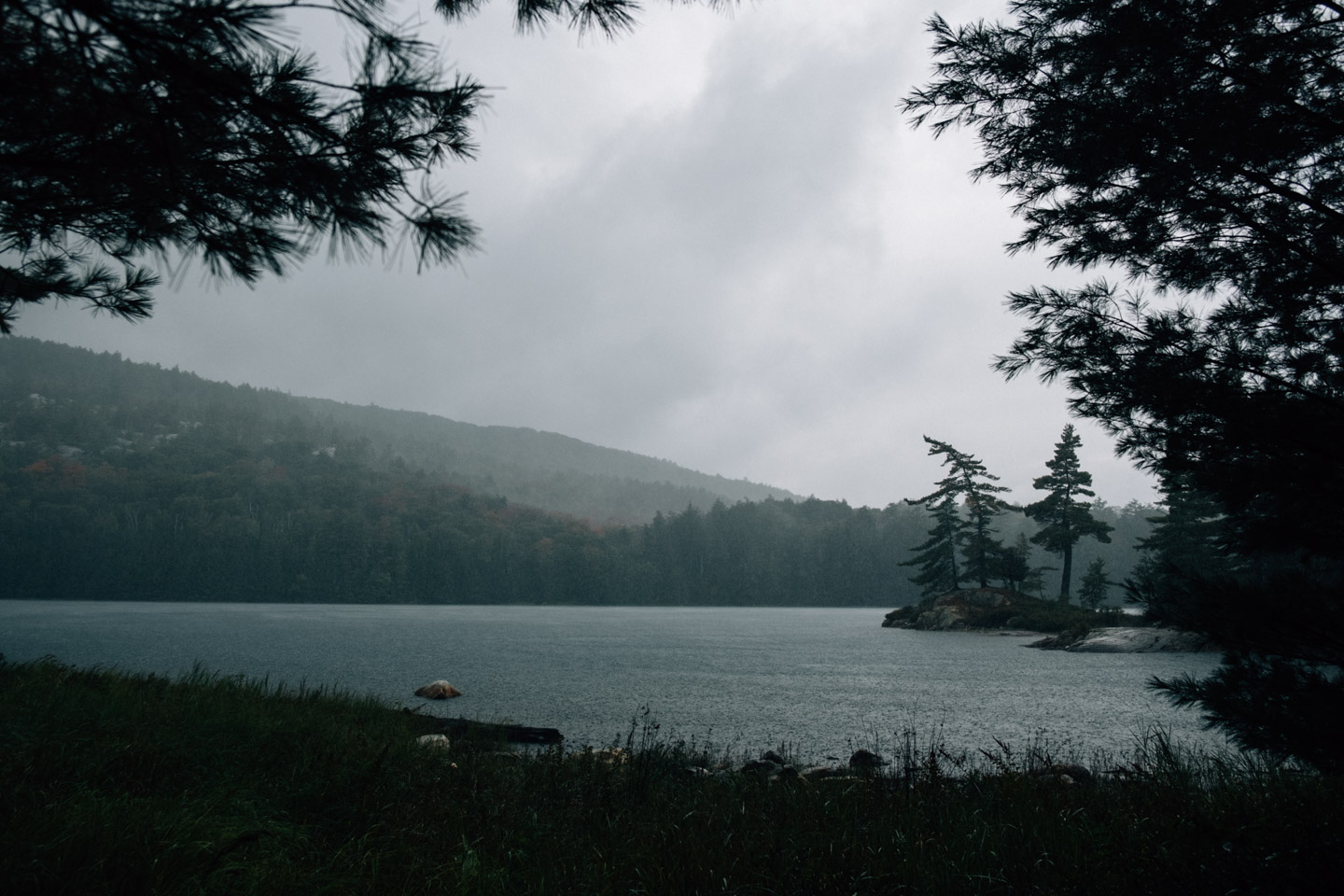 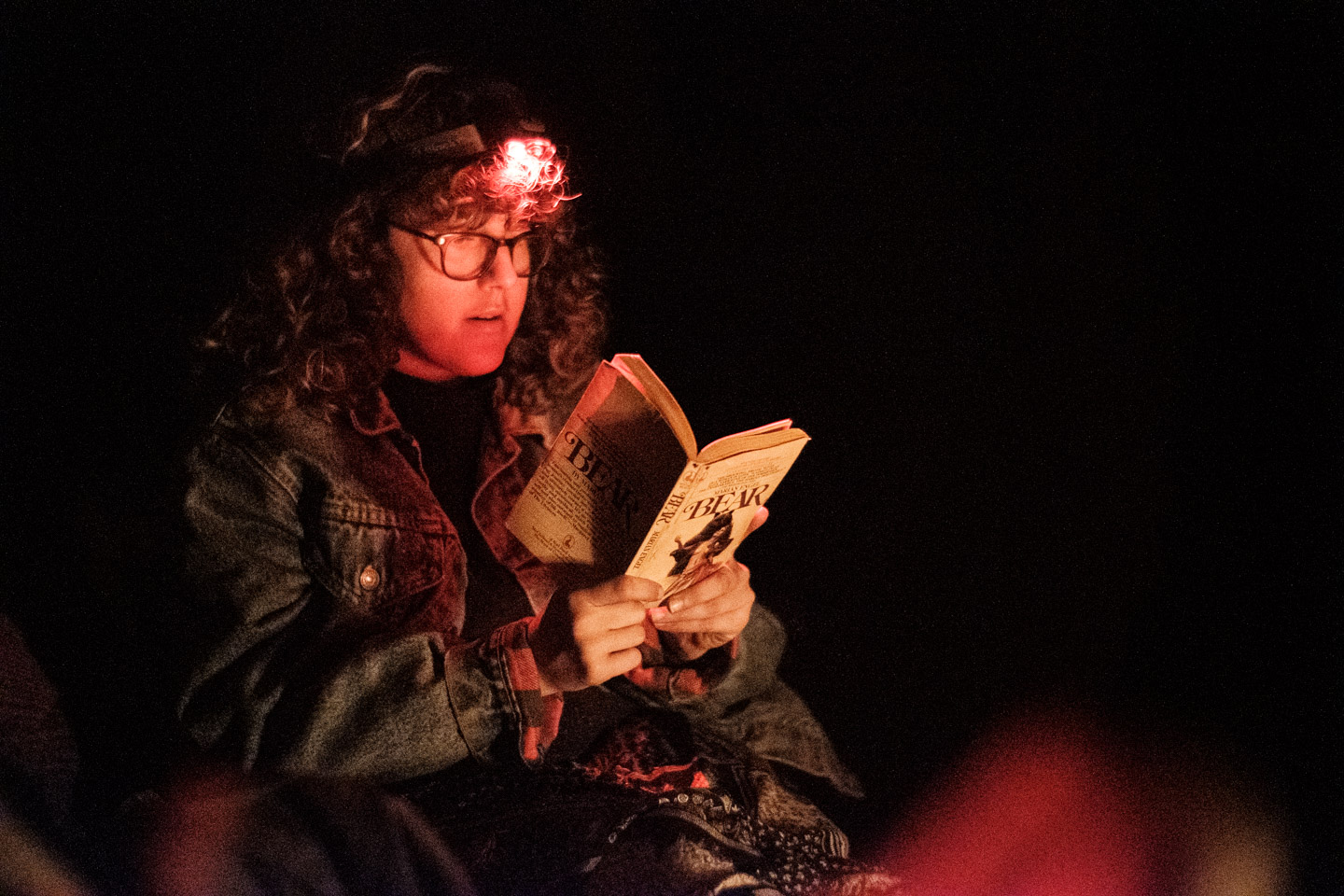 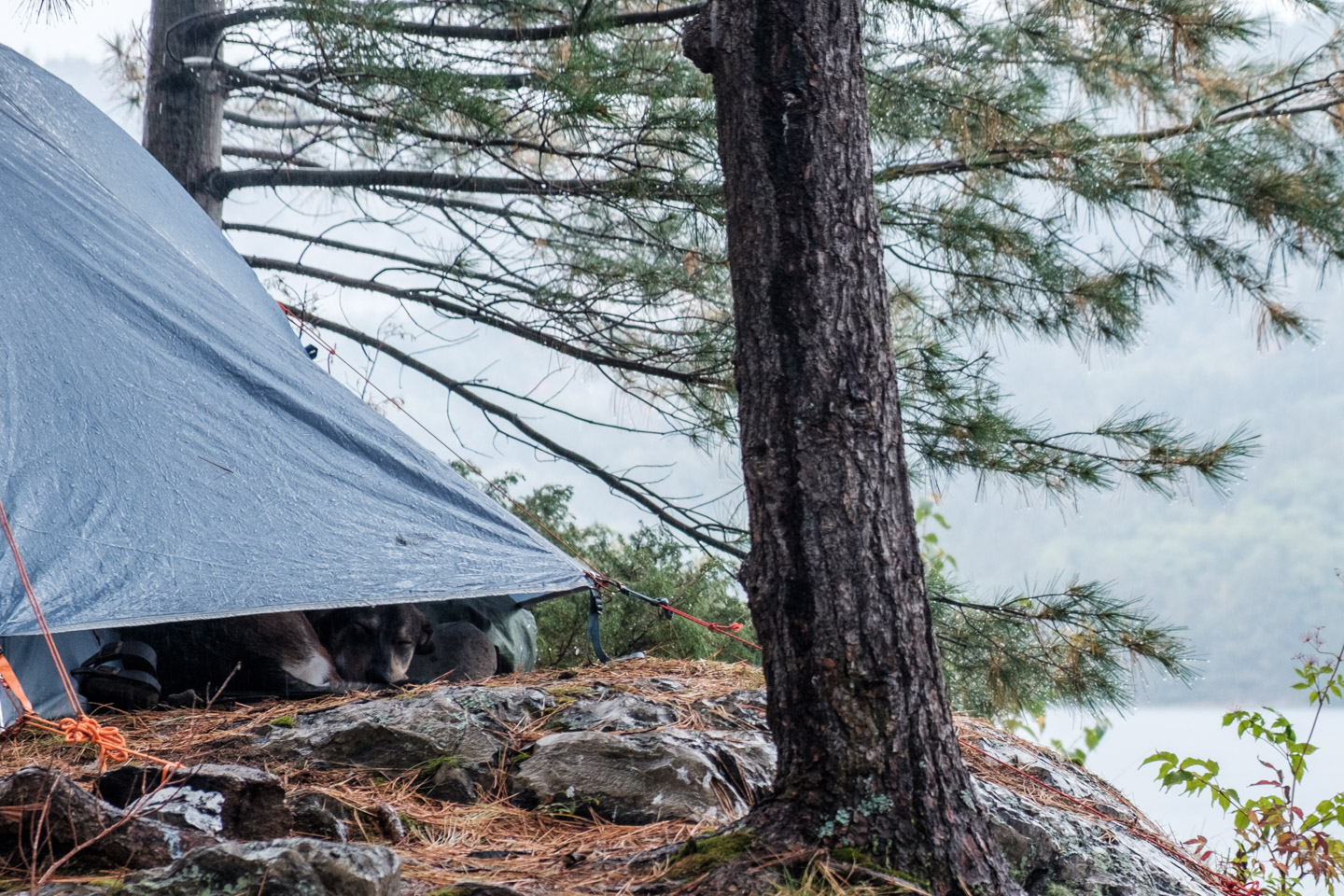